One extra year for exploration permits. That is what the government proposes for corona-affected exploration companies in a new bill.
– Good, but a lukewarm relief, far from enough, says Maria Sunér Fleming, CEO Svemin

The Swedish mining industry has remained stable during the corona pandemic, but the crisis has hit hard on all exploration, the first step in the value chain. Exploration is a capital-intensive business that is entirely dependent on functioning financial markets. The companies are usually small and specialized in just exploration but without revenue from their own mining production.

The search for mineral deposits requires exploration permits according to the Mineral Act. In order to maintain and extend the exploration permit, investigative work must be conducted actively. If exploration work has not been carried out, the exploration company risks losing its license and the investments made are in vain. Thus, the business cannot pause – even if the financial market does.

To mitigate the effects on the exploration industry, the government on Friday presented a proposal for an automatic extension of exploration permits. (Proposal, swe.)

– The idea is good, says Maria Sunér Fleming, CEO of Svemin. But it gets very tight as the proposal only covers exploration permits that are in its last and 15th year, and now allow for a 16th year.

During the spring, Svemin has proposed to the government that all current exploration permits under the Mineral Act should be automatically extended by one year, as the current pandemic has affected all exploration companies. Minister of Enterprise Ibrahim Baylan writes in a statement that measures must be taken, otherwise “significant investments could otherwise be lost as well as resources we need for social development and the green transition”. (Statement, swe.)

– Therefore, it is incomprehensible why the government now chooses to limit the extension to only those at the end of the maximum period of validity. If the government was serious, it would have been wiser to have all current exploration permits extended. The restriction is unjustified. Extending all valid exploration permits would not entail large costs or administrative burdens for the The Mining Inspectorate of Sweden (Bergsstaten), says Maria Sunér Fleming.

For companies whose exploration permit is in the final phase, the next step is to apply for a processing license, if they want to proceed with their projects. Unfortunately, it can take many years to get a response for a processing application. Kallak and Laver are sad examples of that. The lack of respect for companies’ legitimate expectations of predictability and legal certainty has become increasingly evident.

– We are seriously concerned that there still seems to be a lack of understanding within the government for the importance of the mining industry for Sweden’s employment and economy, and for the access to metals needed to cope with the transition to a climate-neutral world – despite the Minister of Enterprise’s  statement.

In other words, exploration is a prerequisite for building knowledge and harnessing Sweden’s potential into a fossil-free future. If this is not done, we will have to continue to build our green conversion on metals and minerals from undemocratic states with low environmental requirements. Therefore, it should be in the interest of the state to quickly remove obstacles to exploration. 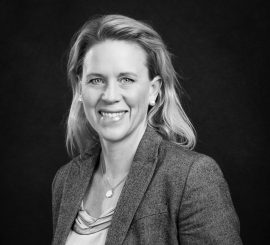