The Nordic region has a large and untapped potential as a sustainable supplier of the raw materials the world needs to become a low-carbon emission society, a new report shows

The Geological Survey of Sweden (SGU), together with corresponding authorities in the other Nordic countries, has produced a report that shows great potential for extracting critical metals and minerals (CRM) in the Nordic region, but also the need for new surveys and research. The critical raw materials are in several cases of central importance for the green energy transition, SGU writes in a press release.

The radical technological transformation of society and industry – a green energy transition – which is sought today to reduce our carbon dioxide emissions and thereby counteract climate change also entails new and in many cases sharply increasing needs for various raw materials. In order to be able to produce, transport and store energy in new, carbon dioxide-reduced and efficient ways, as well as electrify areas that today are based on fossil-based technology, such as the automotive sector, specific technology is required that requires secure access to a number of equally specific raw materials. Examples of such materials are the metals cobalt and lithium, critical for the battery industry together with the mineral graphite, as well as rare earth metals which, among other things, are fundamental for engines in electric vehicles and generators in wind turbines.

How much of this material is found in the Swedish bedrock and how well do we know about these deposits? 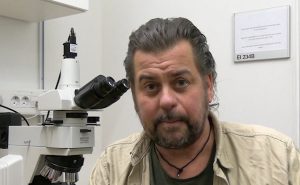 – We know of a number of mineralisations of graphite in the Swedish bedrock and a future Swedish production seems clearly reasonable. We also know quite a few deposits of lithium, but few have the potential to be large enough to be economical. More research and exploration is needed here – both of individual mineralisations, but also in larger regional areas. The case of the discovery of a completely new and previously unknown lithium mineralised system, with possible by-product metal in the form of tantalum, in Sweden as late as 2007 shows a continued great discovery potential even outside established areas, says Erik Jonsson, state geologist SGU, adjunct professor of mineralogy at Uppsala University and co-author of the report.

– We also know of a number of cobalt mineralisations in Sweden, including those mined as early as the 18th and 19th centuries. But as in the case of other so-called by-product metals, we do not know much about their behavior and distribution. Deposits known today are probably small and / or not rich enough. However, systematic investigations are often lacking, says Erik.

– When it comes to rare earth metals (REE), we have a very good potential. Both in deposits where they are of primary interest, but also where they can be extracted as a by-product together with phosphorus, also a critical metal, in apatite iron ores. In addition, there are a number of REE mineralisations where we do not know much about size, how and when they were formed and so on. There is clearly great potential for new initiatives in the form of both research, investigation and exploration regarding the rare earth metals, says Erik.

Geographical and scientific knowledge gaps must be filled

– There are definitely white spots left to examine. Sweden is large and geologically diversified. Large areas have very few exposures of the bedrock. Here, when it comes to magnetic iron ores, we have found what we can, but we have very little knowledge of many types of mineralisation, and in particular this applies to the often special metals and minerals that we today consider critical, which have always been treated stepmotherly in comparison with the research conducted on traditional base and precious metals and their geology, says Erik.

Which specific critical raw materials –  not mined today – do you consider to have the best future potential for mining in Sweden?

– As I said, graphite is very reasonable for future mining in Sweden, as is fluorspar (fluorite). Lithium and cobalt are not impossible, but there are also more advanced projects in the immediate area with lithium in Finland and ongoing cobalt mining, also in Finland. As for other so-called by-product metals such as antimony, gallium, indium and bismuth, we simply know far too little today. However, the opportunities are not lacking in Sweden, but more knowledge is needed! We have quite unequivocally very good potential for rare earth metals and from a mainland European perspective, Sweden should be at the top in terms of REE, Erik concludes.

> Learn more and download the report at Nordic Innovation