Say ‘sustainable finance’ and everyone who can not (and even those who can) their EU bureaucracy wanders nervously. But keep calm, Svemin’s expert in energy and climate, Hanna Stenegren, explains the concepts. And it may be needed, because the turns are both many and complicated. In addition, the process risks creating chaos for the Swedish mining industry.

– Ultimately, it is about that we risk ending up on the so-called brown list, that is, that the industry is classified as unsustainable, despite the fact that we are one of the world’s most sustainable mining industries, says Hanna Stenegren.

The EU’s taxonomy is a tool that classifies which investments are environmentally sustainable and which are not. The purpose is to create common guidelines for the financial sector for which investments should be called “green”.

Work has been ongoing for several years and contains different parts and legislations. The process of setting criteria for the mining industry is currently underway. In its work, the European Commission uses an expert group, the so-called platform for sustainable finance, which in turn consists of a number of subgroups at different levels. Here are representatives from environmental organizations, the financial industry and industry, who will jointly carve out proposals on how the criteria should be set, and send them on to the European Commission for decision.

In what is called the sector team that specifically works with the proposals for the mining industry, there is only one representative from the mining industry. The work has been characterized by major contradictions and the schedule for the work has just been extended for the second time. It looks very dark for the possibilities to agree on a common proposal for criteria for the industry to be considered sustainable. If the sector team does not agree, the work will continue upwards to the next level in the platform where there is no representative from the mining industry.

– There is a lack of a representative balance in the work. The risk is therefore imminent that the industry’s perspective on the issue will be completely lost and that the end product will be deviated from reality, says Hanna Stenegren.

What does it mean in practice if the mining industry is still classified as unsustainable?

– It would be a hard blow to the Swedish mining industry, which is currently investing billions to switch to a fossil-free and sustainable production of raw materials that Sweden, Europe and the world need large amounts of in the climate transition. In practice, this may mean that the willingness to invest in sustainable mining in Europe decreases, which would only benefit less sustainable production in other parts of the world, says Hanna Stenegren.

– Until this summer, we are working hard to show Nordic examples that the mining industry is and can to a very high degree be sustainable, and that we are prepared to commit to delivering on tough environmental and climate requirements. But we will need the help of other industries that depend on our raw materials and the government to get there, says Hanna Stenegren.

Important dates to keep track of

At the end of July / beginning of August, the proposals go out for public consultation before the Commission takes a decision. At that stage, it is very important that many from the industry are involved and submit comments. 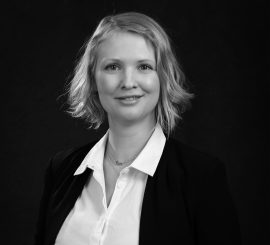