Sweden accounts for 93% of all iron ore produced in Europe by 2020. Iron ore is the main ingredient in steel – the most widely used metallic raw material in the world. The production of metal ores in Sweden in 2020 was 87.9 million tonnes. This is the highest production ever and an increase of 2% from the previous record year 2019. In addition, 6.8 million tonnes of industrial minerals were produced, mainly limestone used in the manufacture of, for example, cement. Limestone accounted for approximately 83% of the total value of mined industrial minerals in 2020. 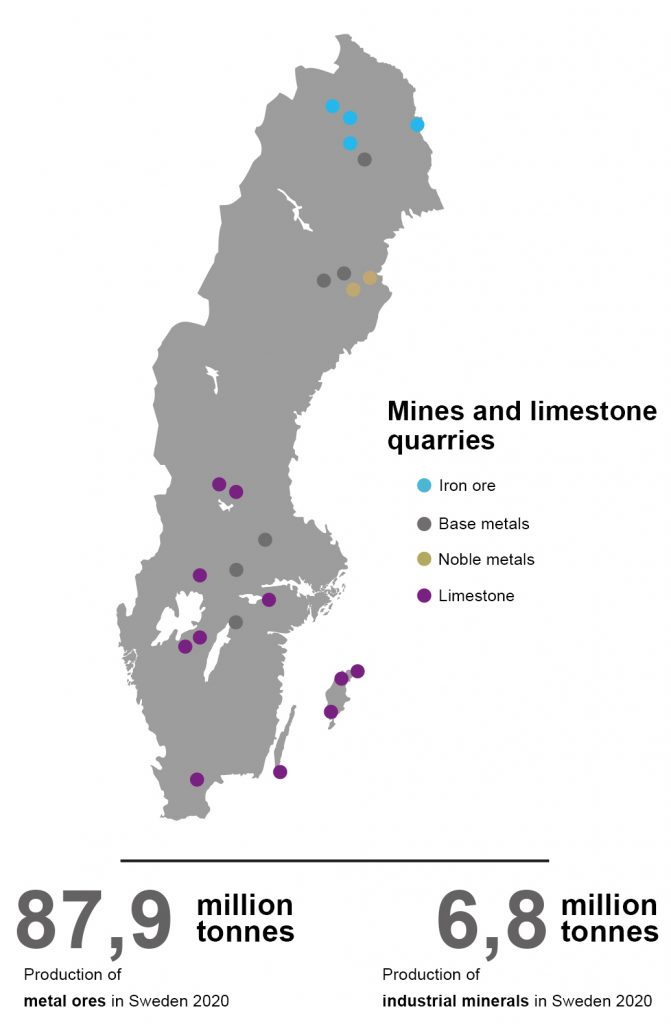