Three reasons why mining is important for Sweden 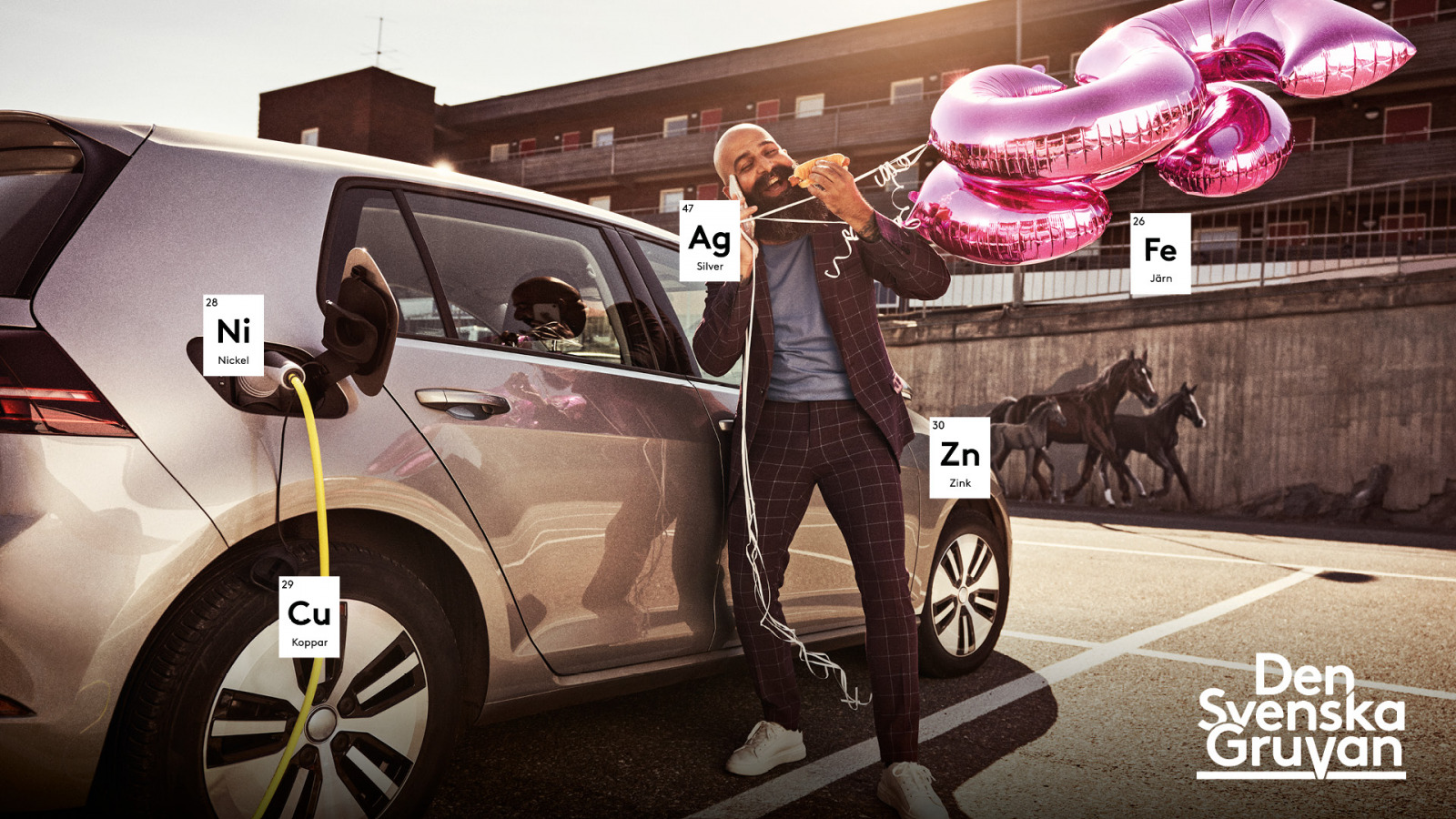 Check out densvenskagruvan.se (The Swedish Mine) where we highlight the opportunities that exist with a developed mining industry in Sweden. Behind the initiative is the Swedish mining cluster through Boliden, LKAB, Zinkgruvan Mining, ABB, Epiroc, Sandvik and Svemin.

The result of COP21 in Paris was unequivocal – greenhouse gas emissions must be reduced. In many areas, the solution is spelled electrification. Fossil-free electric vehicles are now making rapid inroads into the industry. Especially in underground mines, there are also direct gains to be made for the working environment through increased electrification.

This development requires new, more and more powerful batteries. The demand for cobalt, lithium and graphite is huge. For electric car batteries and energy storage alone, Europe will need 18 times more lithium in 2030 than today; and up to 60 times more by 2050 according to the EU. But where should the raw materials for all these batteries come from? And how should they be produced?

In addition, it is far from only batteries that require metals and minerals. A growing population and millions of people who are on the verge of rising from poverty means that the need for iron and base metals is also increasing in many parts of the world.

Sweden has good conditions in natural resources and technical know-how and has a political ambition to be at the forefront of the transition to a climate-neutral welfare state. The Environmental Advisory Council has stated in the country’s long-term climate goal that Sweden by 2045 will have no net emissions of CO2. But even more important for Swedish climate policy is to reduce global emissions and that Sweden’s exports should do more global climate benefits than imports do climate damage. That is, the goal should be for Swedish exports to contribute to reducing emissions in other countries more than what imports cause increased emissions in other countries.

The Swedish mining industry is at the forefront internationally with its climate-efficient production. Emissions to air and water have gradually decreased and are today one of the most climate-efficient in the world. Therefore, it must be given good conditions to continue to contribute to reduced global emissions by supplying the world market with both climate-smart metals and environmentally smart technology.

Examples of sustainability initiatives in the mining industry

> Sustainable Underground Mining – the mine of the future is carbon dioxide-free, digitized and autonomous.

> The concrete initiative’s vision that climate-neutral concrete will be on the market in 2030 and used everywhere in 2045.

2. For the social benefit

Today, the mining industry is a major employer. In addition to direct jobs, a significant amount of jobs are created locally through the companies’ purchases of services and materials. A job in the mining industry creates 1.8 indirect jobs * at the subcontractor level. Together, they in turn provide jobs in industries that are not directly linked to the mines, e.g. grocery stores, restaurants, cultural and sports life, but which are needed in thriving communities.

The mining companies also pay large sums of tax, both to the public treasury and the municipalities where they operate. LKAB, which is owned by the state, for example, contributed more than SEK 6 billion to the state in 2019. Mining companies, service and technology companies and exploration companies form what we usually refer to as the Swedish mining cluster. The total tax amount that the entire Swedish mining cluster contributed in 2019 can be converted to, for example, over 7,700 police officers, which is approximately one third of all police officers in Sweden by 2020 ** or about 37,600 primary school places.

In other words, the mining industry keeps Sweden alive – both at the local level but also by contributing to the welfare of the whole country.

Most of the industry’s investments go to fossil-free production.

In the autumn of 2020, for example, LKAB presented an initiative that entails a new strategy and a new world standard for mining and carbon dioxide-free ore processing. The investment could be the largest industrial investment in Swedish history – about SEK 400 billion over 20 years. In addition, there are massive investments in the expansion of renewable electricity and hydrogen to enable the conversion. Thousands of new jobs will be created in the ore fields and Norrbotten, during the rebuilding and new construction of facilities for more than 20 years and as part of the expanded operations, and securing future jobs.

A unique synergy between mining companies, technology suppliers, academia and institutes means that Swedish mines are an important engine for Swedish technology development and employment.

* The Confederation of Swedish Enterprise, 2017
** Police

The availability of metals and minerals is crucial for modern society and not least for meeting the climate goals. The issue has also been further brought to the fore with the ongoing corona pandemic when supply chains have been rapidly broken and borders closed. In Europe, we consume about a quarter of the world’s raw materials, but produce only three percent. We are largely dependent on imports.

The EU has taken action to ensure the availability of these crucial metals and minerals. In the autumn of 2020, the latest list was published, which indicates which metals and minerals are critical (Critical Raw Material, CRM) for the EU, together with several concrete measures to increase the EU’s degree of self-sufficiency. Increasing the number of mines in the EU is one of the measures pointed out by the European Commission.

The number of critical raw materials (CRM) is constantly increasing.

About half of all CRMs on the latest list are in the Swedish bedrock.

In parallel with the updated list, the EU-Commission also presented an action plan and a future study that addresses the raw materials that are crucial to the transition to a green and digital economy, while strengthening the EU’s degree of self-sufficiency.

The Action Plan looks at current and future challenges and proposes measures to reduce Europe’s dependence on third countries, diversify supply from both primary and secondary sources and improve resource efficiency and circularity while promoting responsible purchasing worldwide. The ten measures in total will promote the transition to a green and digital economy.

Sweden is already today the EU’s most mining nation and will thus play an important role in ensuring the EU’s security of supply of metals and minerals. All indications are that this significance will increase.